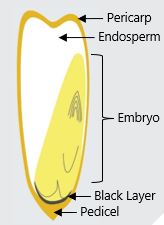 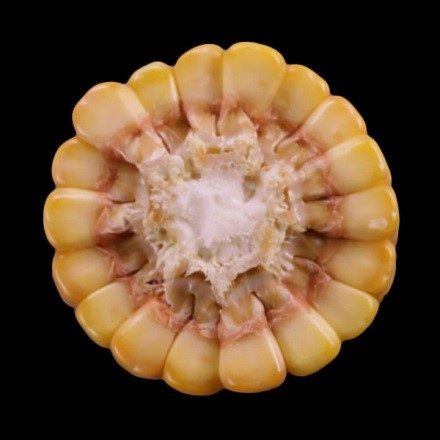 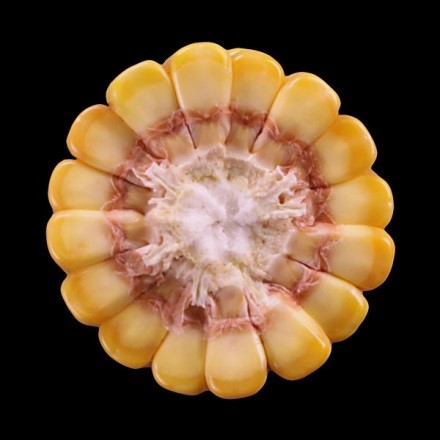 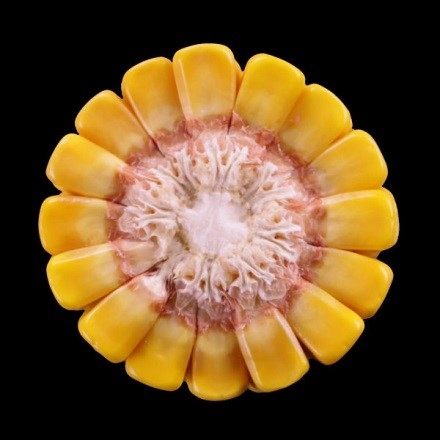 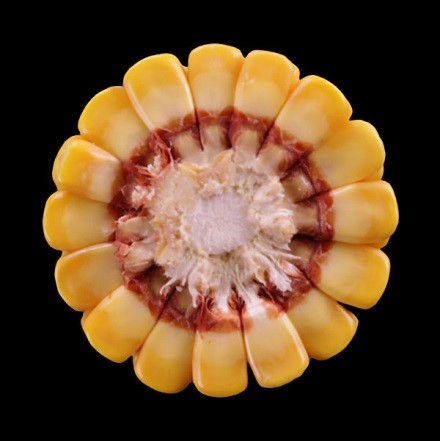 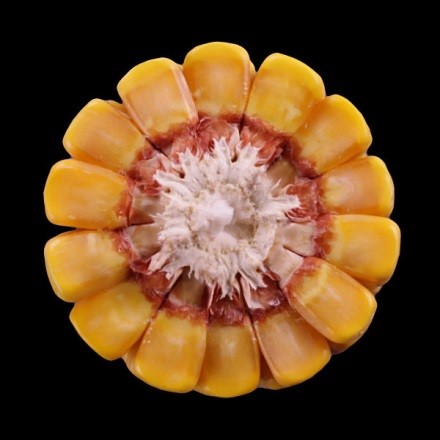 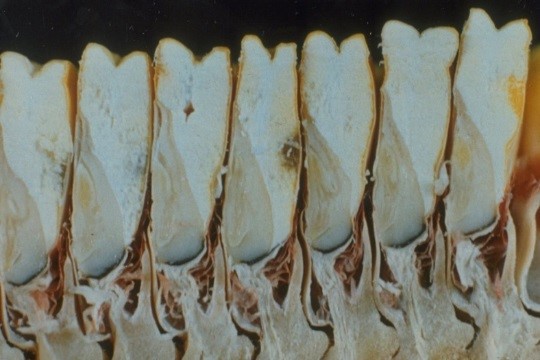 Cross section of kernels following physiological maturity. The black abscission layer is visible at the tip of the kernels. 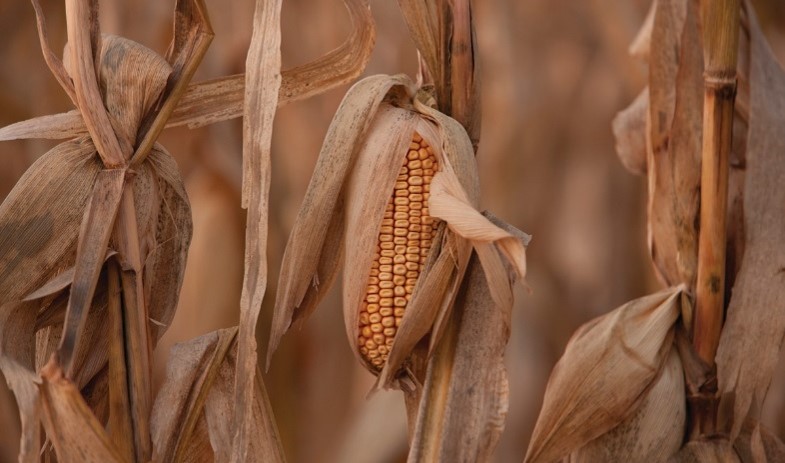 Husk leaf coverage – The more insulated the ear is, the longer it will take to dry down. Leaf number, thickness, and tightness all affect dry down rate.

Husk leaf senescence – the sooner these leaves die, the faster the grain will dry down.

Ear angle – Upright ears are more prone to capture moisture in the husks which slows dry down.