There are five prominent cutworm species of concern in the canola growing areas of Western Canada.

The larval stage is the only damaging stage to canola.

Distribution: Most commonly found in arid soils of Alberta and Saskatchewan.

Damage: Typically feeds on stems below the soil surface (subterranean feeder); surface feeds only when soil is very hard or wet. Damage appears as holes cut into new leaves. 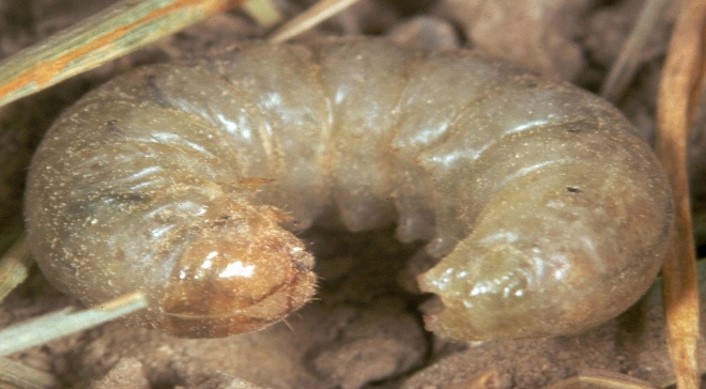 Identification: Mature larvae have two dull red stripes along their back; head is yellowish-brown.

Distribution: Across the Canadian prairies.

Damage: Larvae feed on plants during the night and are inactive during the day; chew on leaves and stems at or above the soil surface (surface feeder). 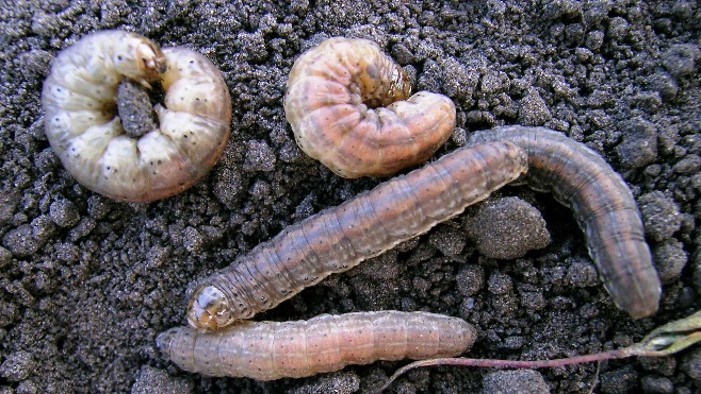 Identification: Larvae are pale green-gray to brown in color with black dots along a pale back stripe. The head is light brown with small dark spots.

Distribution: Arid regions of the prairies; rarely found in Manitoba. 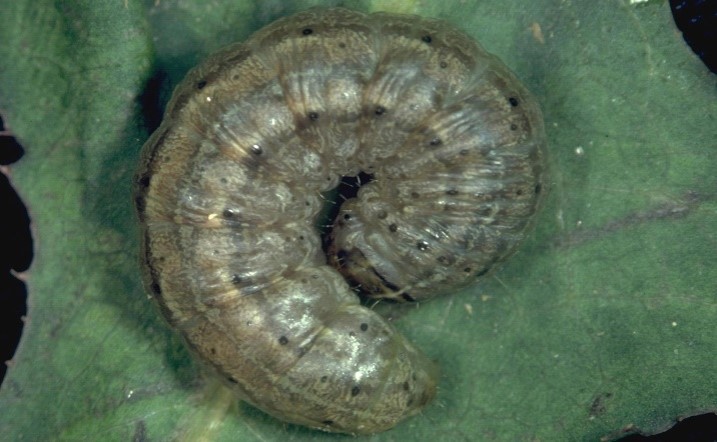 Identification: Grayish and shiny in colour with a prominent white stripe along each side just above the legs; dark spots on the head.

Damage: Larvae feed on emerging plants at or below the soil surface at night. 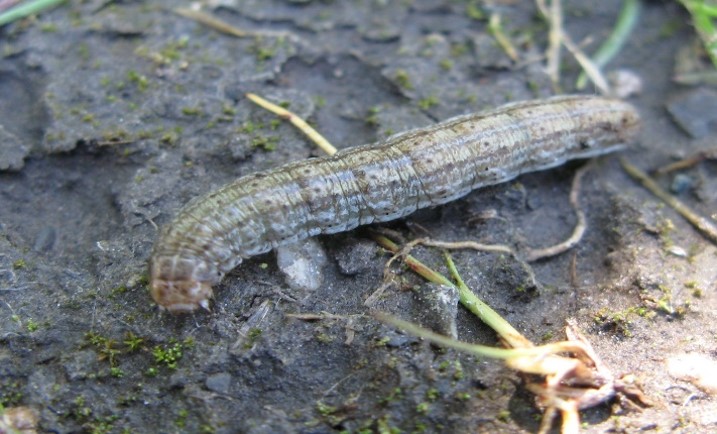 Identification: Grayish brown in colour with a thin light line down the very middle of the back; somewhat diagonal markings that look like tire tracks (“V’s”) on back; have four equal-sized black dots on the back surface of each abdominal segment. 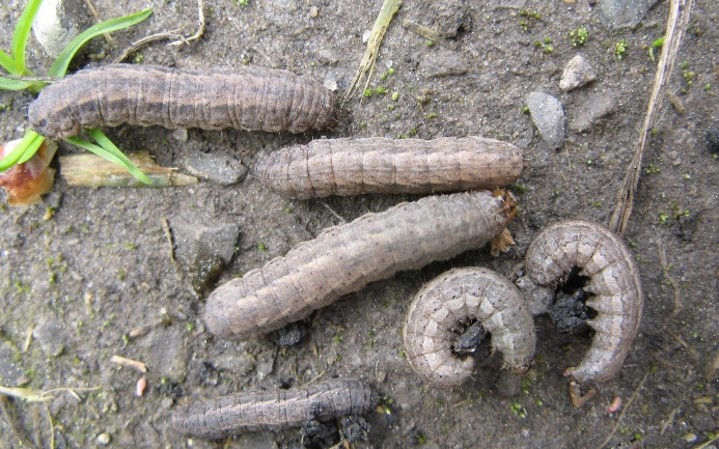 Symptoms of Damage in Canola 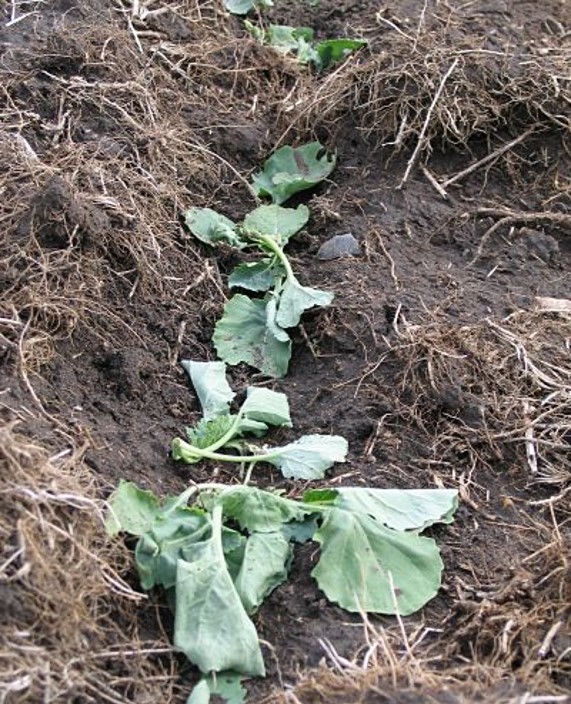