Figure 2. Wilted plants surrounded by healthy plants is often a symptom of Phytophthora. 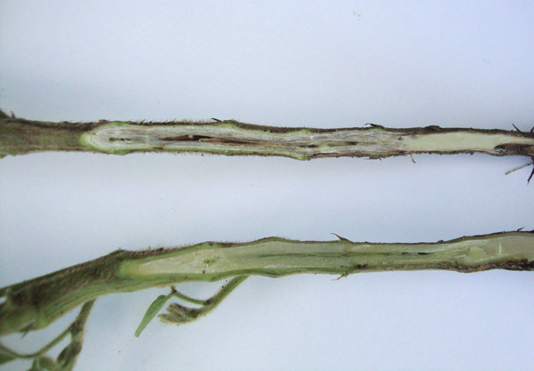 The foregoing is provided for informational use only. Please contact your Pioneer sales professional for information and suggestions specific to your operation. Product performance is variable and depends on many factors such as moisture and heat stress, soil type, management practices and environmental stress as well as disease and pest pressures. Individual results may vary. Components of LumiGEN™ technologies for soybeans are applied at a Corteva Agriscience production facility, or by an independent sales representative of Corteva Agriscience or its affiliates. Not all sales representatives offer treatment services, and costs and other charges may vary. See your sales representative for details. Seed applied technologies exclusive to Corteva Agriscience and its affiliates. Pioneer® brand products are provided subject to the terms and conditions of purchase which are part of the labeling and purchase documents. CF180524 (200707)