Get observations and insights from Pioneer agronomists on the tour. Follow hashtag #PFTour21 on Pioneer social channels. 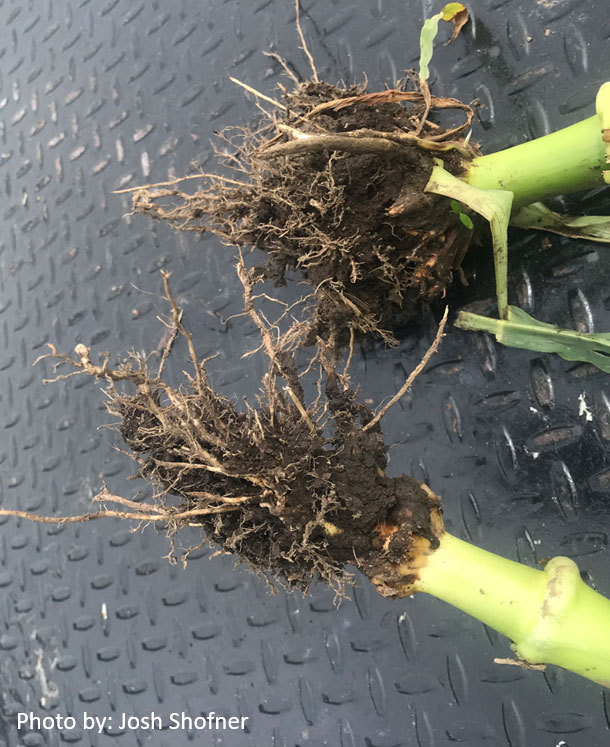 Rootworm feeding was heavy across Minnesota. Best management practices will be important managing this pest moving forward. A lot of feeding went unnoticed due to lack of summer rains and wind. 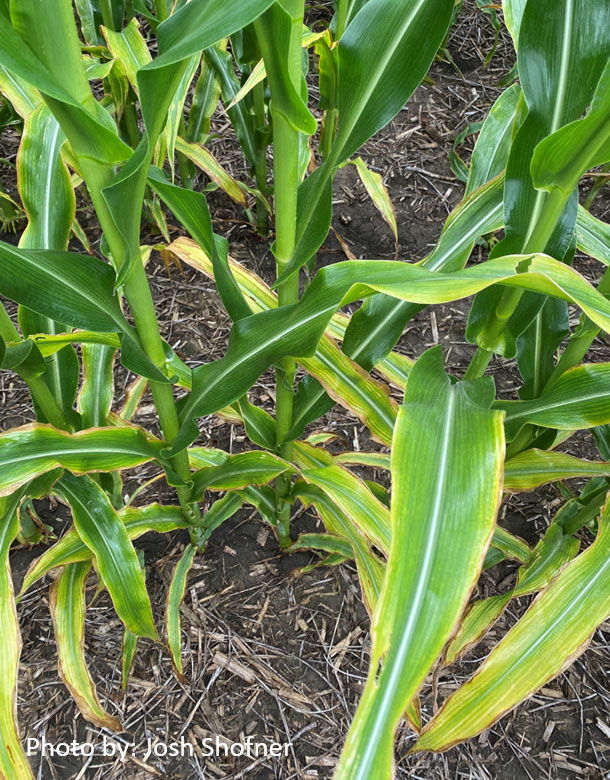 Potassium deficiencies were present in corn and soybeans the first half of the growing season. This was likely enhanced due to dry conditions. Nitrogen deficiencies have not been as common vs. previous years due to lack of May and June rains. 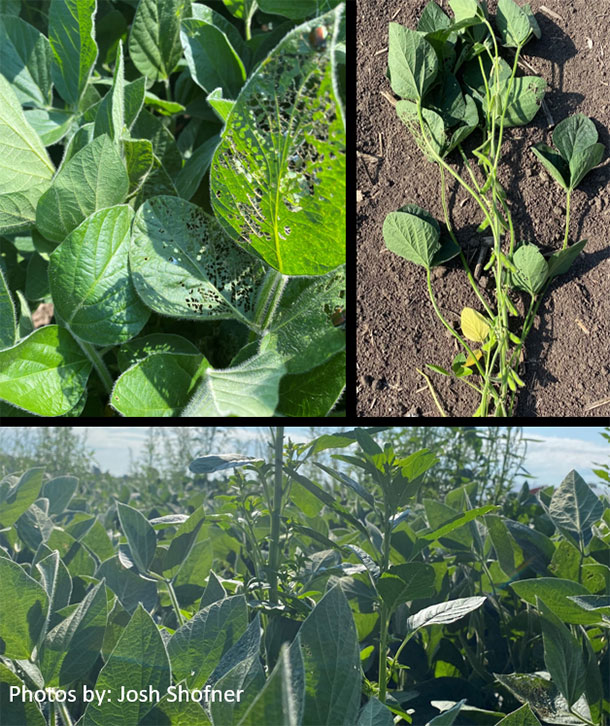 Soybeans range from R4-R6 across Minnesota. Soybean aphid pressure has been low, however Japanese Beetle and Spider mites are present in areas. Waterhemp continues to be a challenge in soybeans. However, a pre-emerge herbicide utilized with the Enlist E3® system has delivered solid weed control! 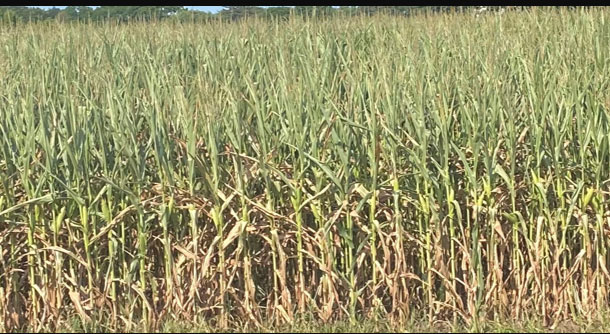 August moisture will be a major factor on the outcome of the Minnesota crop. The crop is well advanced compared to normal due to early planting dates and warm summer temperatures. Course soils are starting to show drought stress; heavier soils are hanging on very good but will need rain in some areas very soon. (Photo by: Josh Shofner.) 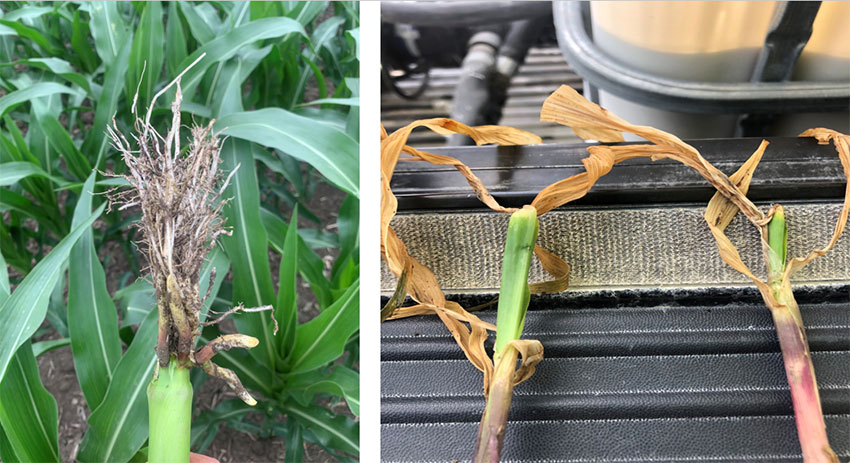 Early season frost for NE Iowa was relatively widespread affecting field uniformity. Some areas replanted soybeans and corn due to 28-degree lows and plant fatality. Planting conditions were not as good as predicted with many fields having a defined sidewall in root development 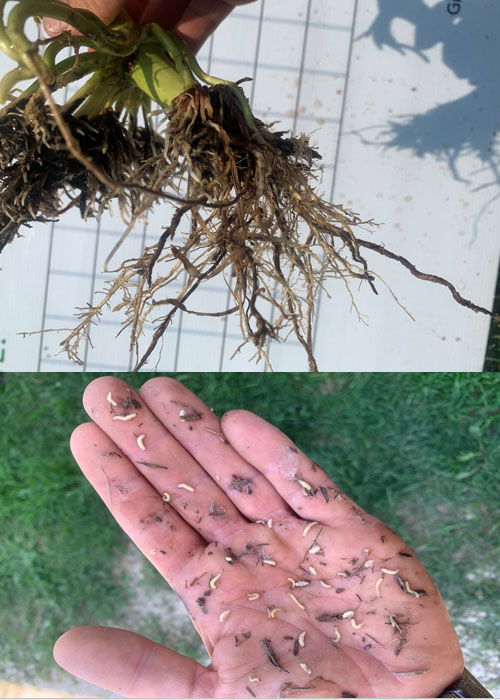 Rootworm root floats resulted in heavy levels of larvae per plant. Observations resulted in many different stages of larvae including pupae through 1st instar. Following best management practices from Pioneer did result in less pressure. Often rootworm management starts the year before planting. 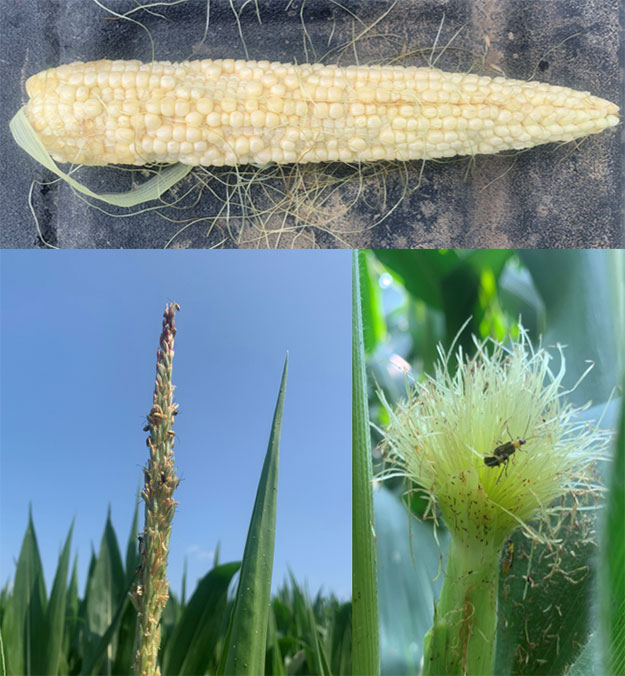 Challenges of corn/corn with high rootworm beetle this year included: Silk clipping within ½” of the ear and spotty pollination. Extended timing of rootworm beetle emergence that is over 10 weeks in duration. Silking later than neighboring fields can result in beetle migration. 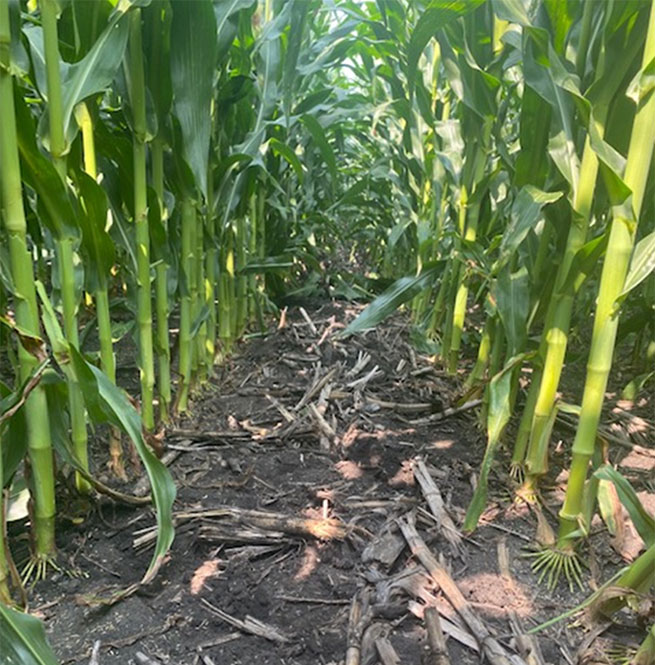 Scouting in the corn canopy has resulted in minimal disease pressure. Minimal nitrogen stress with dry June and early July conditions. Ear node placement has been consistent and not as much plant to plant variance as past years. 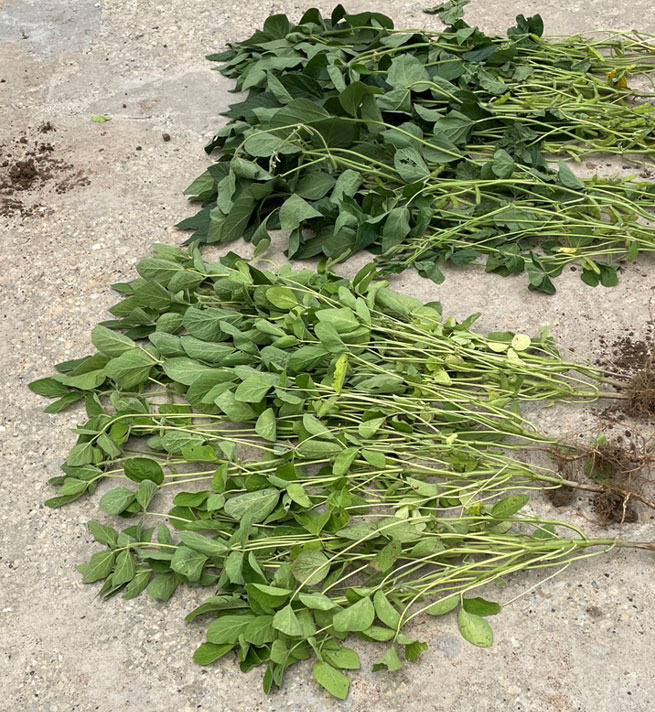 Picture compares poorly nodulated soybeans to well nodulated. Notice the green color compared to yellow and more compacted plant stature. Dry and compacted soils have resulted in struggles with nodulation. Soybean pod-set is good but timely rains will be needed to finish the crop. Weed control is poor in some cases with hot and dry conditions during post weed control passes.