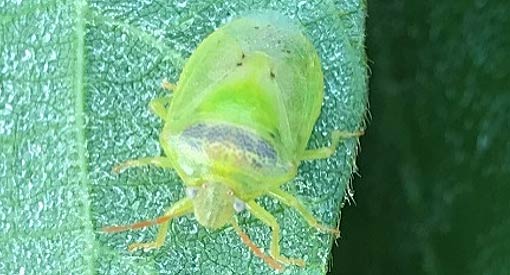 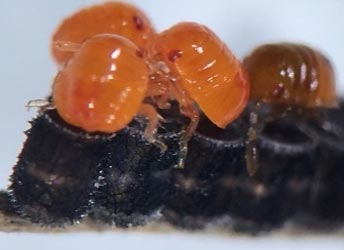 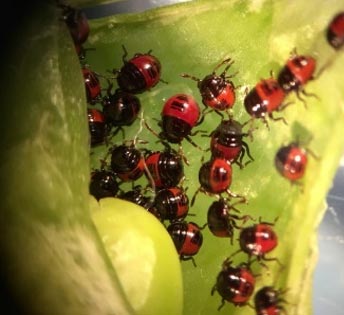 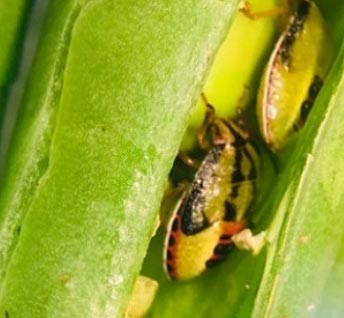 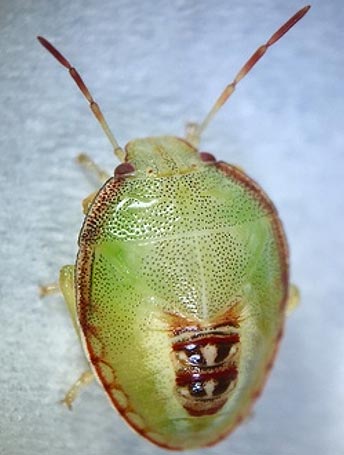 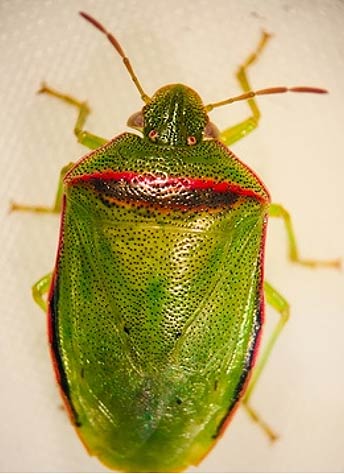 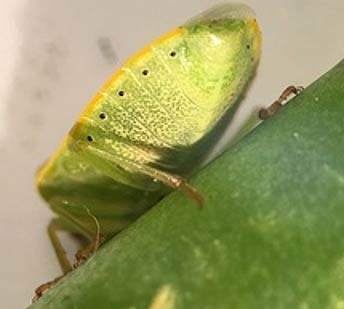 Two black dots on the back of a TBSB highlighted with a red circle.

Figure 1. The size of adult stink bugs is an important differentiator in identification. Pictured above are the sizes of stink bugs to demonstrate the smaller size of the redbanded sink bug in comparison. 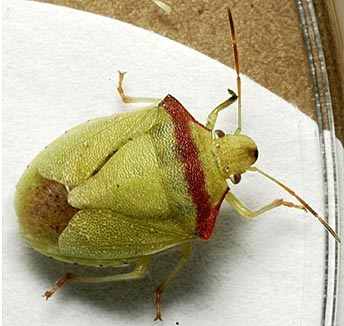 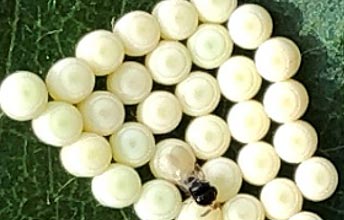 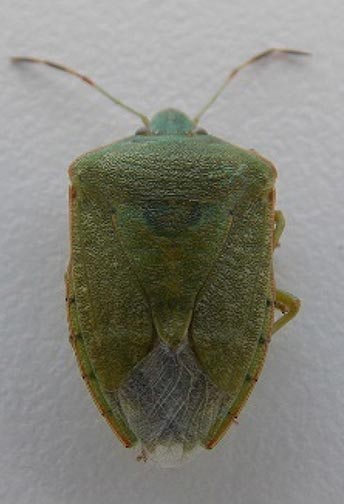 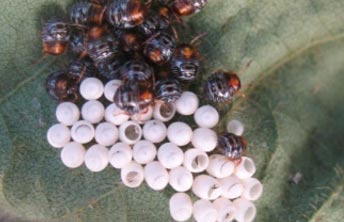