Before using pesticides, consider the following: 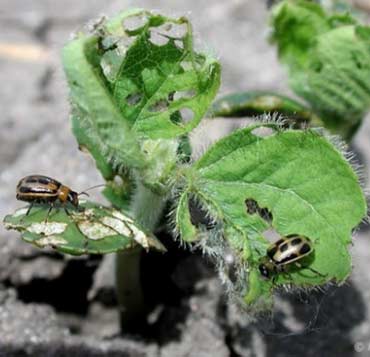 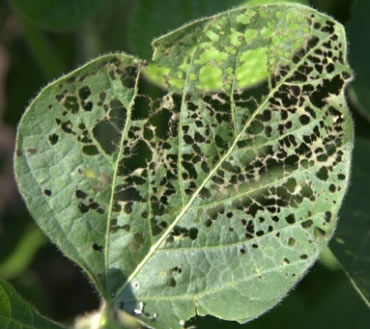 Figure 2. Skeletonization of soybean leaf due to Japanese beetle feeding. 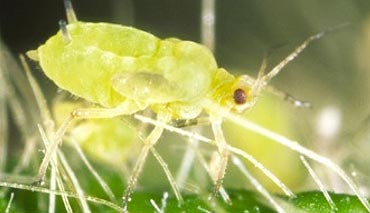 Figure 4. Close up of soybean aphid. 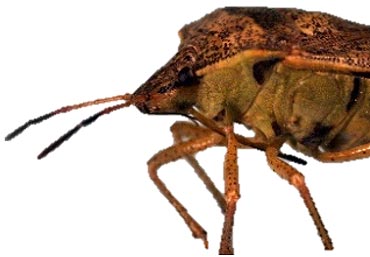 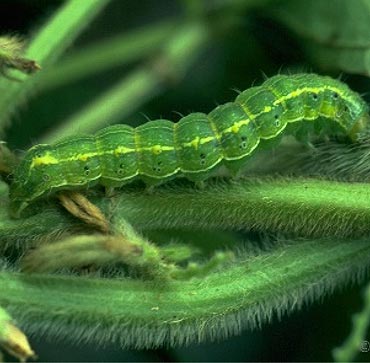 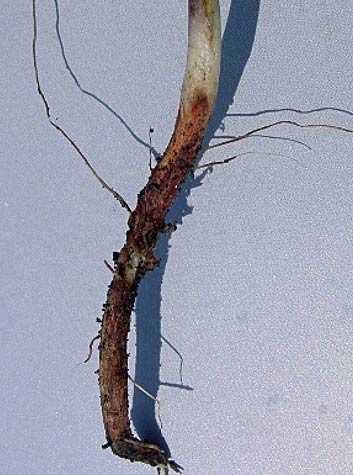 Figure 7. Red discoloration at soil line due to Rhizoctonia solani. 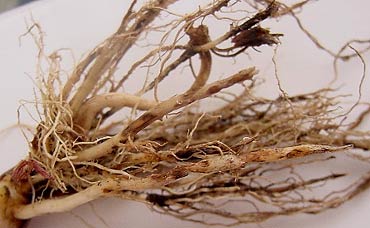 Figure 8. Cankers in roots due to rhizoctonia root rot. 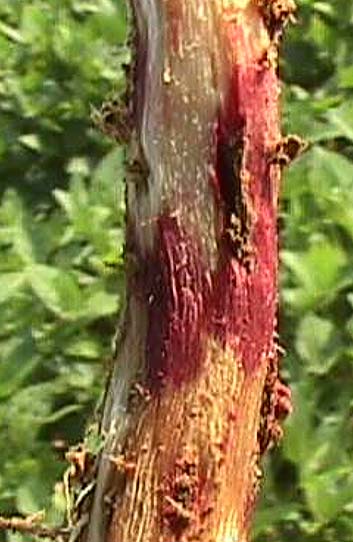 Figure 9. Close up of red discoloration due to Rhizoctonia solani. 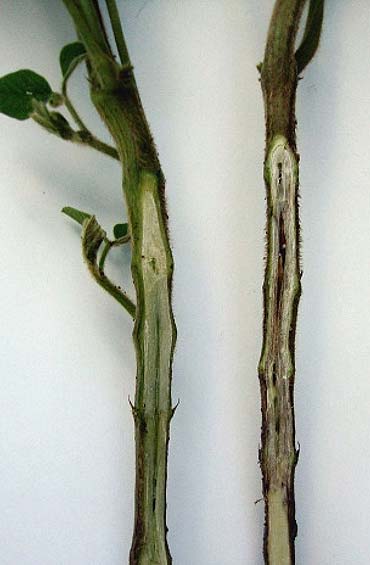 Figure 10. Phytophthora infected soybean on right, compared to a healthy soybean on the left. Note the dark brown lesion. 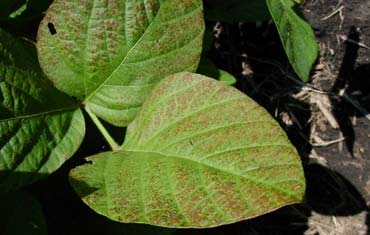 Figure 12. Bronzing on leaves due to Cercospora. 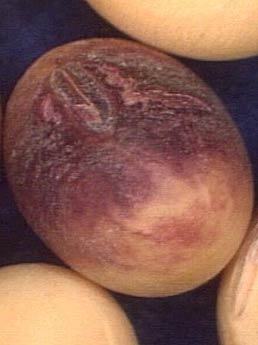 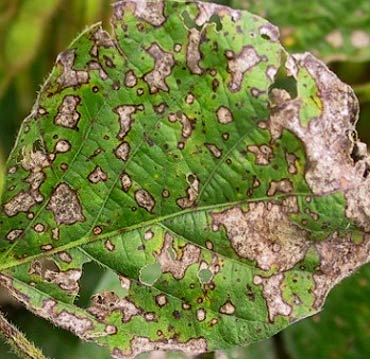 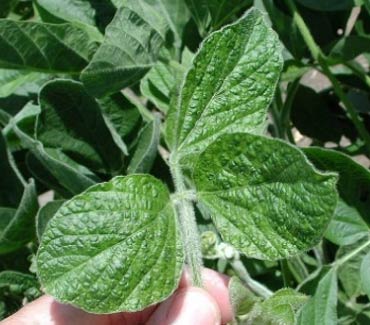 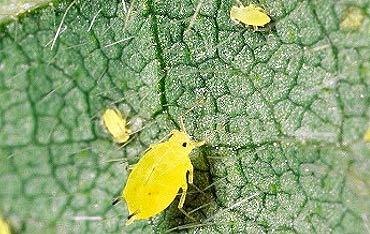