Need to make a payment on your account?
Skip Navigation
PIONEER.COM
Home / Tips for Managing Common Smut in Corn
Share:

What is Common Smut?

Common smut, a disease that occurs wherever corn is grown, is caused by Ustilago maydis, a fungus that survives on crop debris and on the soil. It can infect any tissue of the plant by entering through wounds and forming characteristic smut galls (Figures 1-5). The fungus can also enter through the silks, causing gall formation on the ear tip (Figure 4). Yield is reduced because of impaired plant function and even barrenness.

Ustilago maydis spores overwinter on corn debris or in the soil and retain viability for a number of years. It is assumed that most traditional corn growing areas in the world have common smut spores present in levels needed for infection if the conditions are favorable. 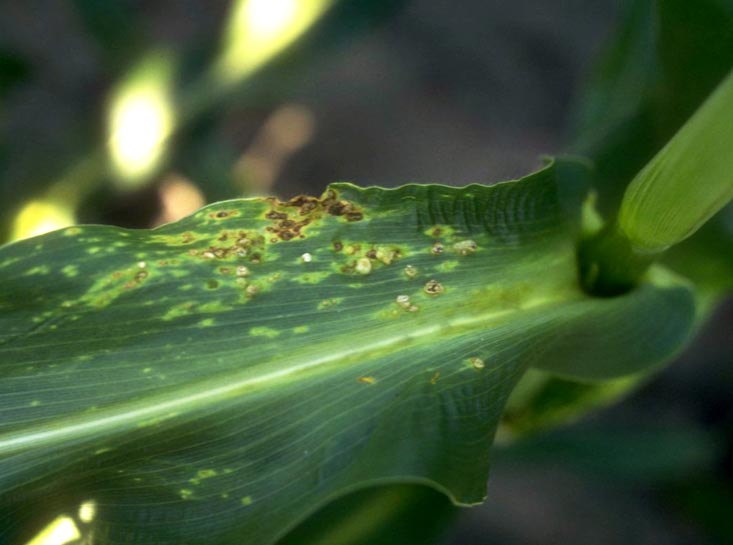 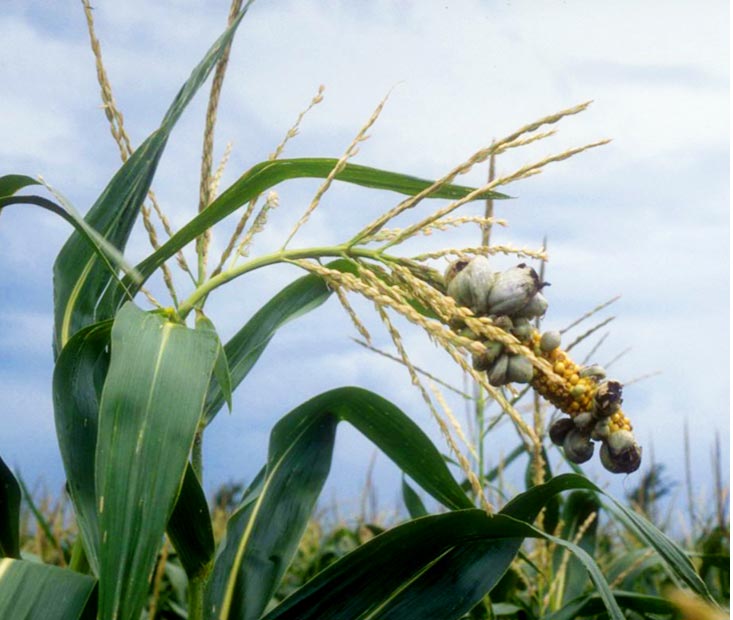 Most often infection takes place through wounds, which can be caused by sand blasting when winds are strong, insect bites, or mechanical injury at cultivation. Vigorously growing plants are most susceptible to wounding because the tissues are softer.

Breakdown of the surface tension of plant cells by the use of pesticides with surfactants can also create an opening for infection. Infection can occur in any tissue: leaves, stalk, ear or tassel (see Figures 1-5). Direct penetration without existing wounding has also been reported.

At flowering, silks may offer an entryway to the fungus if exposed for a longer period of time before pollination occurs. The fungus is capable of growing down through the silks into the developing kernels. This is often the case in very dry and hot conditions, when pollen delay occurs, or the pollen is not viable enough to ensure timely pollination and prompt separation of silks from newly formed kernels. In dry conditions it is often the tip of an ear that does not pollinate, so if those silks offer an entrance to the fungus, galls form on infected ear tips. (See Figure 5. This is characteristic of common smut but not head smut. Head smut infection typically does not allow any kernel development.) 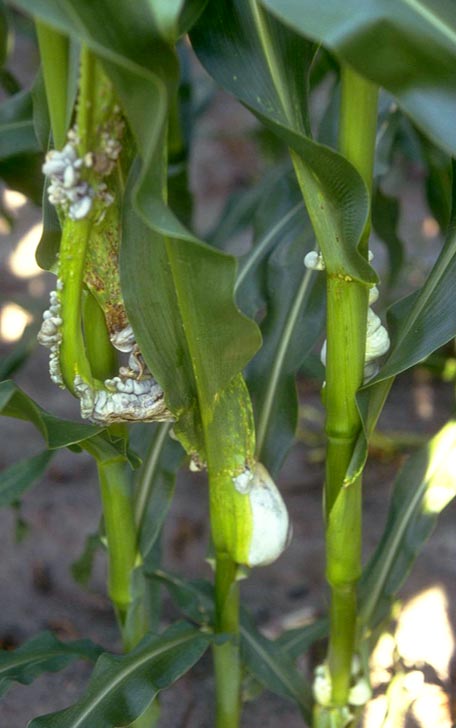 Figure 3. Common smut galls on corn stalks, likely finding an entryway through a wound on the corn plant. 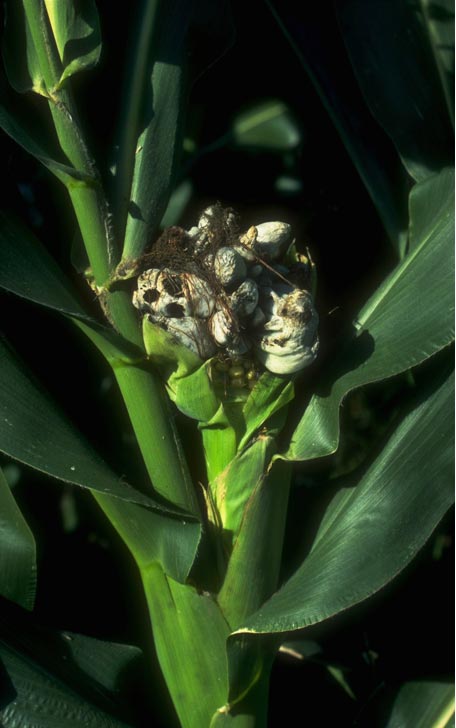 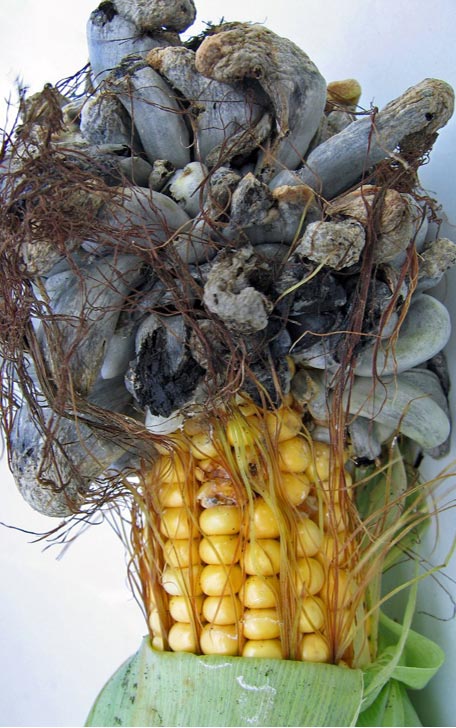 Figure 5. Galls on the ear tip. This differentiates common smut from the head smut disease, which does not allow any kernel development.

Common smut spores that overwinter (teliospores) are very resistant to freezing and drying and may survive in the soil or crop debris for several years. Under good growing conditions the teliospores germinate and new spores (basidiospores) are carried by the wind or splashed by water to young, developing tissues of corn plants. These spores germinate and penetrate through wounds or silks into the plant. See diagram of common smut disease cycle (page 3).

The invading fungus stimulates an increase in the number and size of affected plant cells, forming a gall. The smut mycelium grows between plant cells until just before the new teliospores are formed. The enlarged cells are then invaded, causing them to collapse and die.

The fungus feeds on the cell contents in order to develop and produce masses of mature spores. If the process starts early in the growing season, the first mass of spores produced is capable of re-infecting the same plant or neighboring plants. Galls continue to form, and the spores are scattered around almost continuously through the growing period.

Silage acids kill spores in silage, but spores that survive passing through the animal digestive tract do not pose a health threat to livestock. In some areas of Mexico, the young smut galls are considered a delicacy for human consumption. Mycotoxins that may be harmful to livestock are not produced by those fungi that cause smuts or common foliar and rust diseases. Ear molds can result in potential mycotoxin problems. Predisposing fungal diseases and other plant stressors can jeopardize corn plant health and may provide conditions that make ear molds and their corresponding mycotoxins more likely to develop.

Corn growers worldwide, particularly in dry or cold growing areas have experienced presence of common smut in their fields. Yield losses caused by common smut are seldom above 5%. The impact of this fungus can be limited by practicing the following disease control approaches.