Skip Navigation
Home / Head Smut in Corn and How to Manage It
Share:

What Is Head Smut?

Head smut is a disease of corn found in the major corn growing areas of Europe and the United States. The causal agent is Sphacelotheca reiliana, a fungus that attacks corn plants sporadically throughout the field, invading some plants, but leaving others unaffected. The pathogen cannot be transmitted from one plant to another in the field and affected plants typically have no grain development. Even with a relatively low percentage of infection in the fields (10%), yield reduction can be significant. Infection rates up to 80% have been reported. Once the infection occurs, there are no effective treatments for reducing or eliminating the damage on affected plants.

This Field Facts discusses the biology of Sphacelotheca reiliana, the symptoms it causes on corn, and some management strategies growers can use to limit the spread of this disease.

The fungus Sphacelotheca reiliana survives over winter as spores in the soil. Separate races have been recognized: one race limited to corn, and another that attacks sorghums and sudangrass. Optimum conditions for corn germination and early growth also favor the pathogen. Infection level is increased by low soil moisture at the seedling stage of corn. 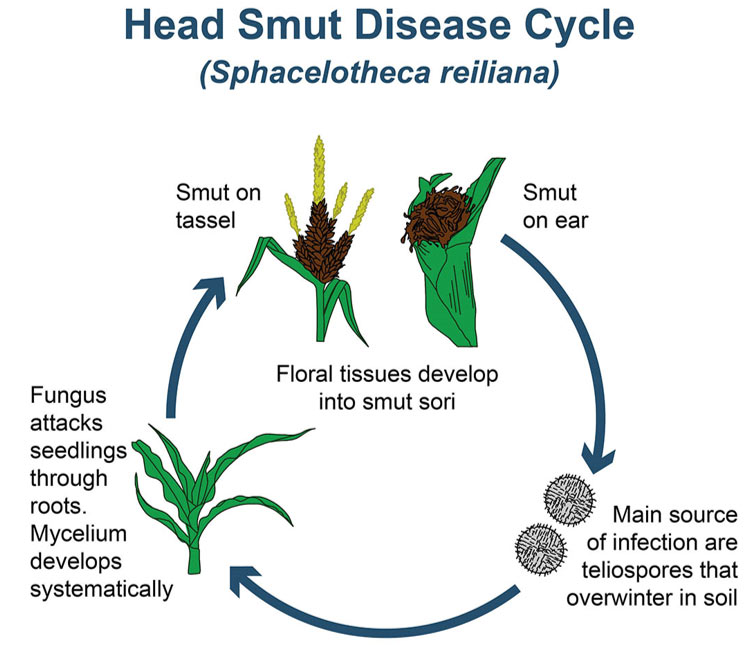 Figure 2. Tassel covered with sori of head smut. Individual florets are replaced by teliospores and leaf-like proliferations are present on affected tassels. Tassel will not normally produce pollen. 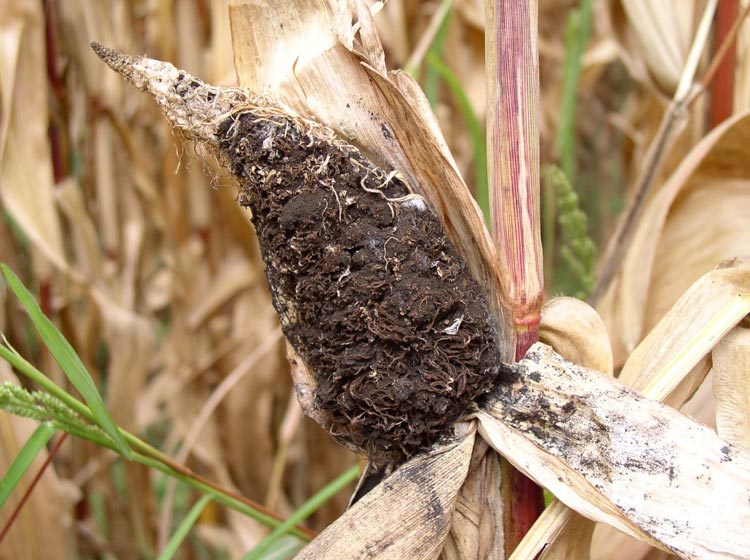 Figure 3. Plants affected with head smut develop a short round tear-drop shaped formation full of spores, instead of an ear. Remnants of the vascular system may be seen.

The fungus attacks seedlings by invading the young tissue, and later the mycelium systemically develops within the undifferentiated ear and tassel tissues. Part or all of these tissues develop into smut sori in which teliospores are produced. Smut sori will usually completely replace kernels on the ear, and consume most of the tassel, causing total yield loss on affected plants. Teliospores are scattered and buried in the soil. The fungus may also be introduced to a field by contaminated harvesting, planting or cultivation equipment, which may transport the spores from an infested to a disease-free field.

Head smut is not visible in the early stage of corn development, but only when the corn tassel and ear appear.

Symptoms first become visible at the time of tassel emergence and pollination. It is typical for head smut to attack in hot spots randomly throughout the field, depending on where the spores were present at the time of infection.

Infection of the tassel may be limited to individual spikelets or may cover it completely. Leaf-like formations emerge, forming unusual structures on infected tassels. No pollen is produced. (Figure 2).

Most commonly, affected ears are round or tear-drop shaped, lacking silks, and filled with black spores (Figure 3). A tangled mass of vascular strands mingles between spore masses. Infected plants usually have no kernels on the ear. It is common to observe excessive tillering by infected plants.

Head smut is distinguished from common smut (Ustilago maydis) by its symptoms. With common smut, galls that form on the leaves of young plants remain small and do not rupture when the plant matures. When common smut galls develop on the stalks of young corn plants, they often remain barren. Unlike the typical round, tear-drop shaped ear formations caused by head smut, common smut causes galls that are initially covered with a glistening, greenish white or silvery white tissue. Common smut galls may develop on the whole ear or only on the ear tip. This is not the case with head smut, where kernels do not develop.

Head smut spores can survive in the soil for a number of years. Crop rotation has limited impact on infection levels if corn follows after only one year of an alternative crop. Balanced soil fertility should be maintained, with the emphasis on sufficient nitrogen. Infected fields should be identified, and then avoid spreading the spores on implements to clean fields. Tolerant hybrids should be selected for high risk fields. Hybrids with fast emergence appear to be less prone to head smut infection. Fungicide seed treatment options are available. 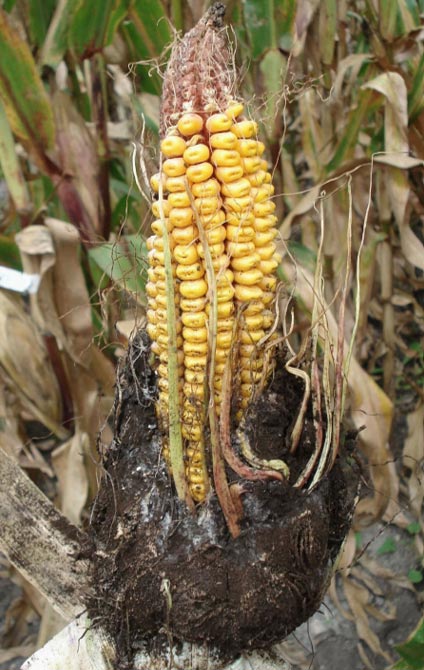