Need to make a payment on your account?
Skip Navigation
PIONEER.COM
Home / Digitalize Yield Checks to Save Time
Share: 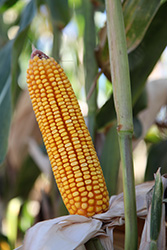 Looking out at a healthy field of corn often the first question a farmer asks is “How well will that crop really yield?” There are standard ways to check yield in a field but there’s a new feature from Corteva Agriscience that can make it easier, and it’s free.

The new free service from Corteva is called Ear Photometry, and it allows growers to use their smartphone rather than hand-counting kernels and doing math. The result is solid yield information available much faster. You simply snap photos with your smartphone and run the app to predict yield per acre.

Once you set up an account with Granular Insights, the rest is easy, says Bob Gunzenhauser of Corteva.

“You can go to any field, pick a set of corn ears, run the feature, and immediately get results,” he says. “What's great about the Ear Photometry tool is that once you go through and get those ears picked out, it's just a matter of taking a picture. You hold the camera up to the ear, press the button and it takes about 10 images very quickly. It goes through and counts the number of kernels it can see. “

Based upon data collected over many years, the system can then estimate how many kernels are on that ear, getting extremely close in accuracy, he says. A grower also can plug in population rate and an estimated seed count per bushel. Under drought conditions, for example, there may be more seeds per bushel, Gunzenhauser explained.

“This tool is simply counting the number of kernels on an ear, applying the user-entered seed count per bushel and plants per acre, and calculating an estimated yield at that specific location,” Gunzenhauser explains.

Speeding up a laborious process

Historically, growers would go to a certain location of a field during milk growth stage and mark off one 1/1000th of an acre – 17 feet and 5 inches for 30-inch row spacing, he explains.

Growers would then count the number of ears within that one 1/1000th of an acre. Next, they’d consistently select a pattern of plants to investigate within the row, Gunzenhauser notes. These could be the first, fifth, tenth, fifteenth, and twentieth plants from the start of the measuring distance.

Agronomists say by digitalizing the process, you can roughly halve the time you spend estimating yield.

“We want to be checking to see how well ears pollinated, how many kernels are on them, and to start getting an idea of what the yield is going to be,” Gunzenhauser says. “That's going to help our guidance for grain marketing for logistics and to set expectations in general.”

Learn how to track kernel development as your corn approaches black layer.

Dan Quinn, extension corn specialist at Purdue University, says Ear Photometry can help farmers in multiple ways as they learn yield levels, why they are what they are, and how to make them even better.

“If you’re doing a lot of fields, for sure it’ll save you a lot of time just from the counting aspect,” Quinn said. “Really progressive farmers track everything through the year, and they’re always looking at their crops, always trying to understand further.”

Quinn notes kernel weight is difficult to predict and to understand as farmers try to get a handle on what their harvests will be. Weight is dictated by environmental conditions, including moisture, especially later in the growing season.

“When we get to the combines, then we’re getting those true yield estimates based on weight,” Quinn noted. “That’s where those numbers could change.”

Growers could find that kernel weight, or ear length, are not where they wanted to be, he adds.

“These exercises are not only to predict yield, but to look at those ears and see, ‘where did I have issues? Why isn’t my yield as good this year?’”

Crop Health Index Imagery, enables a grower to work with a trusted adviser to check yields in different spots of a field, Gunzenhauser says.

In 2017, DuPont Pioneer granted Purdue access to Pioneer’s proprietary phenotyping and ear photometry, and Corteva is continuing that collaboration.

The goal, Quinn said, is to use smart phones and apps to speed up predicting yield and for other tasks.

And now, Purdue engineers are studying the ways that farmers can use drones to understand spatial variability across fields and why yields are good in certain areas but not others, Quinn notes. “It’s helping the farmers be more efficient and more productive. They do that by tracking everything, understanding everything further,” he says. “And photometry and these apps allow them to do that.” 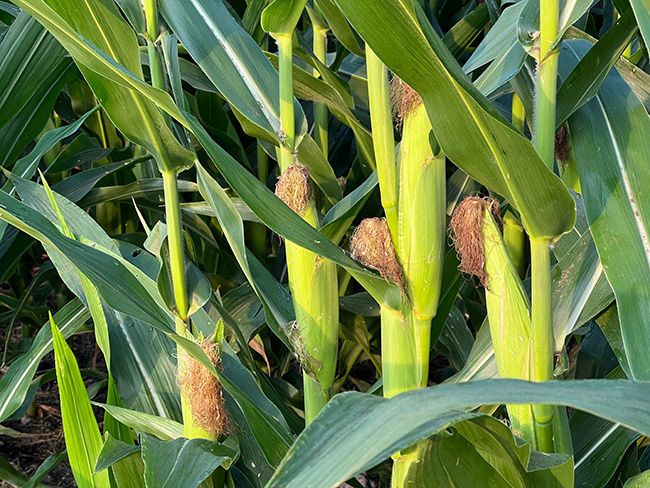 WHAT IS THE YIELD: Looking at a crop as ears form does little to help predict crop yield. A smartphone tool from Corteva Agriscience can speed the process of learning how well a field is doing.

This content produced by Farm Progress for Corteva Agriscience.